Courtesy: The WireAccording to the hoardings of the rally, the theme is the questioning Modi government’s failure to generate an adequate number of jobs, the increasing violence on the minorities such as Dalits and Muslims. Motivated by many agitations happened in India like recently attacking Dalits at Bhima Koregaon and  Saharanpur village.

“We, especially the young, are staring at a dark future. The attacks on Muslims and Dalits have been increasing. The Bharatiya Janata Party-led Union government has done nothing to stop its own leaders from perpetuating hate across the country. At the same time, the government has miserably failed to economically uplift any community. The government is nowhere close to generating two crore jobs every year as it had promised. Constant price rise has broken people. The rally in Delhi will address these concerns,” said Nakul Singh Sawhney, the organizer of the rally.

while speaking further Nakul Sawhney talked about the motive of the rally and according to a report of The Wire, he said “Across the Hindi-belt, an environment of hate is being encouraged by the Sangh Parivar. Chandrasekhar Azad and Akhil Gogoi are facing the draconian National Security Act, Jignesh Mevani is being portrayed as a terrorist by the right wing. The events of the last three years clearly suggest that anyone who is speaking against communalism, casteism, or poverty ends up being targeted by the Modi government,”

And continuing his speech Sawhney said “We will not only talk about Dalits and Muslims. We will also talk about issues of transport workers, Anganwadi workers, tea plantation workers and school teachers. We will try to consolidate the opposition forces on the ground so that our movement articulates the most pertinent concerns of the people,” 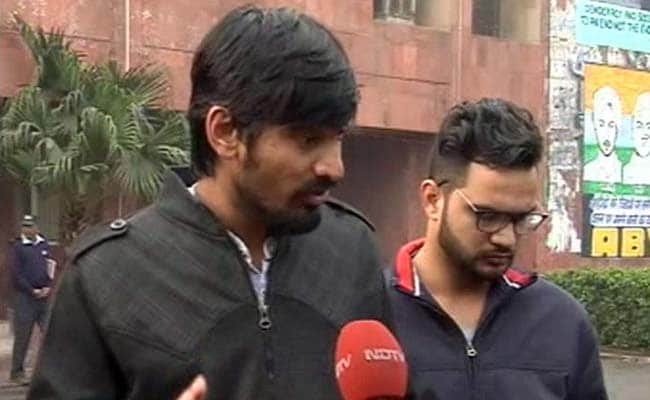 According to the report of the same report of The Wire, Pradeep Narwal, a JNU student and a member of Dalit Morcha, said, “Being a Dalit, I know how atrocities against Dalits have increased under this government. In Haryana, many of them still await justice from the government. Two days ago, I went to Mumbai to speak at a meeting but the police arrested both me and Richa Singh, the UP-based student leader. The government has left no room for any form of criticism. The youth feel agitated and tomorrow’s rally will begin an organized process to consolidate the anger on the ground. After tomorrow, I will start campaigning in Haryana on issues of Dalit dignity and employment.”

Asked how such a movement will balance economic concerns and caste-based identity politics together, Narwal said, “Right now, we understand that the rising agitations across the country reflect poorly on government’s policies and its approach on different social issues. Our idea is to connect with the youth. The immediate contradiction between the oppressed and oppressor is felt in a more caste-based way in Indian villages. But the way this government has functioned in the last few years, we feel that it will not be the same. Economic conditions of people across caste groups will dominate the agitations against the government. That is why the dominant Patidars and Dalits came together in Gujarat. In our effort to seek systematic transformational change, we want to consolidate that sentiment on the ground.”

Note: The statement of the Nakul Singh Sawhney and Pardeep Narwal has been taken from a report of The Wire.